Conversation with Tim Marlow, Director of the Royal Academy of Arts of London

Carmen Reviriego discussed with Tim Marlow, in the frame of “Talk Art. Commitment with Patronage”, a program of encounters directed by her and organised by the Fundación María Cristina Masaveu Peterson. Tim Marlow, as the director of the Royal Academy of Arts of London, talked about art, creativity and patronage, being this gathering the first encounter of a program that will count with the participation of the leading roles of the art world.

Tim Marlow is the artistic director Royal Academy of Arts since 2014. Before that he was for 10 years, the Director of Exhibitions of White Cube. He has been associated with the art world as curator and writer. Trained as an art historian, Tim Marlow has worked with some of the most important contemporary artists. His academic perspective along with his dynamism and sense of humour make of him one of the most influential characters in the art world. Marlow will undertake the position of Director and CEO of the Design Museum of London in 2020. 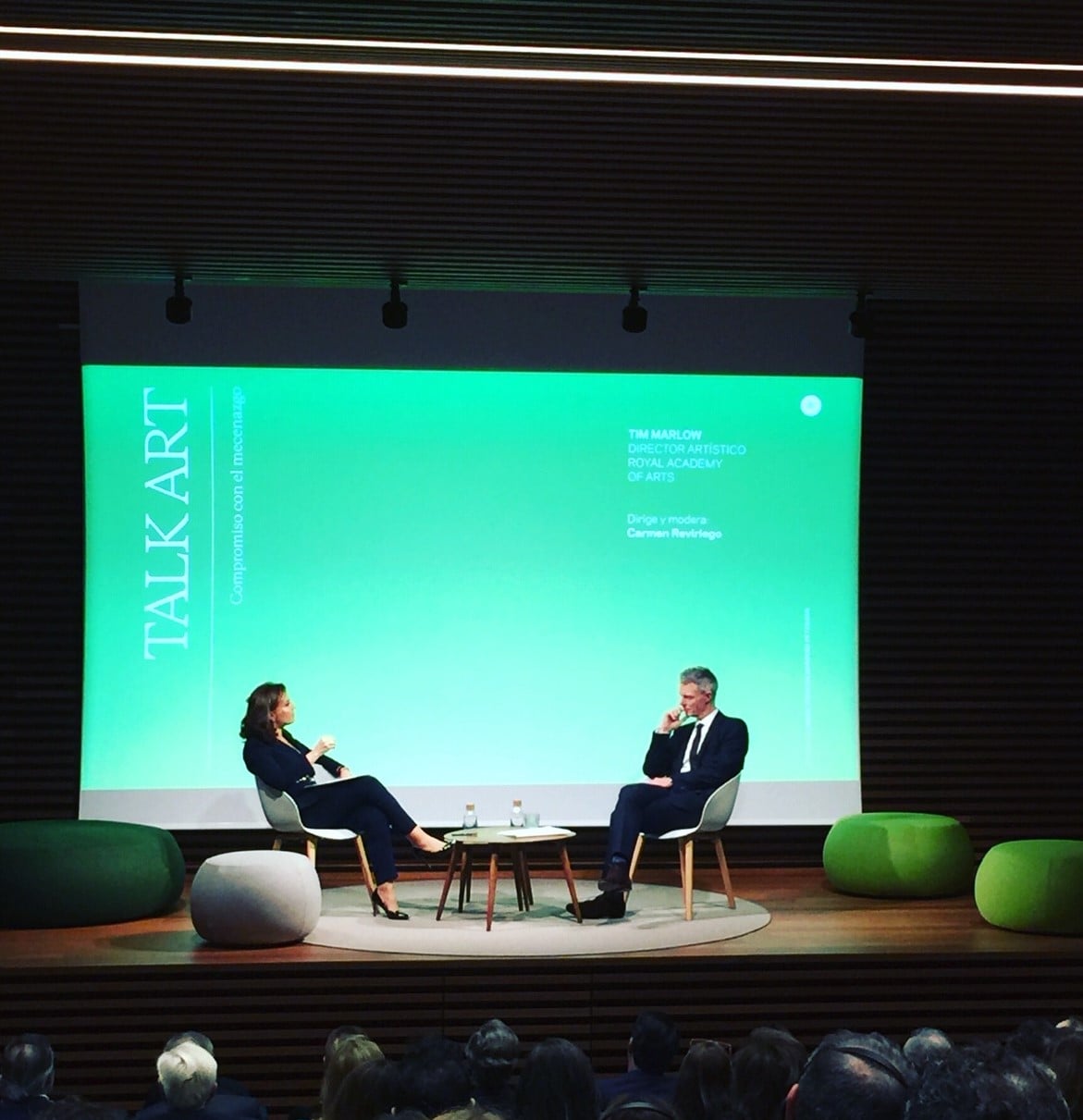 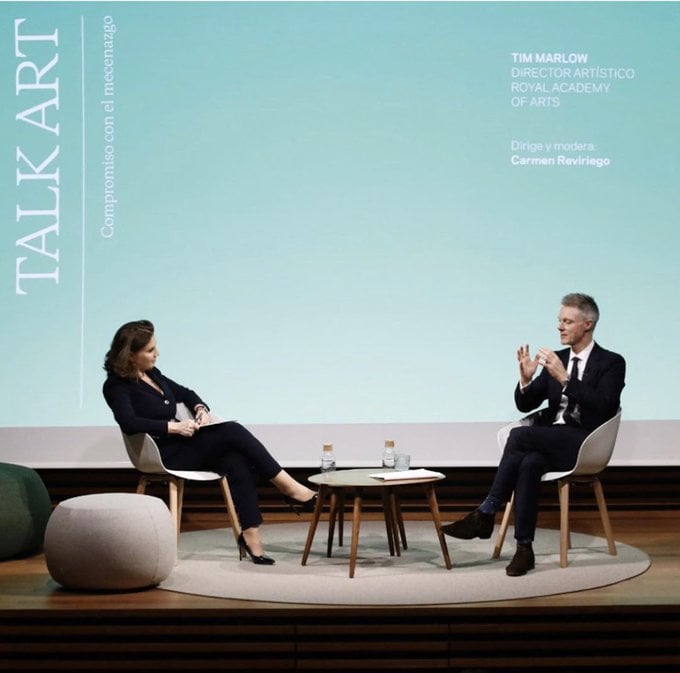 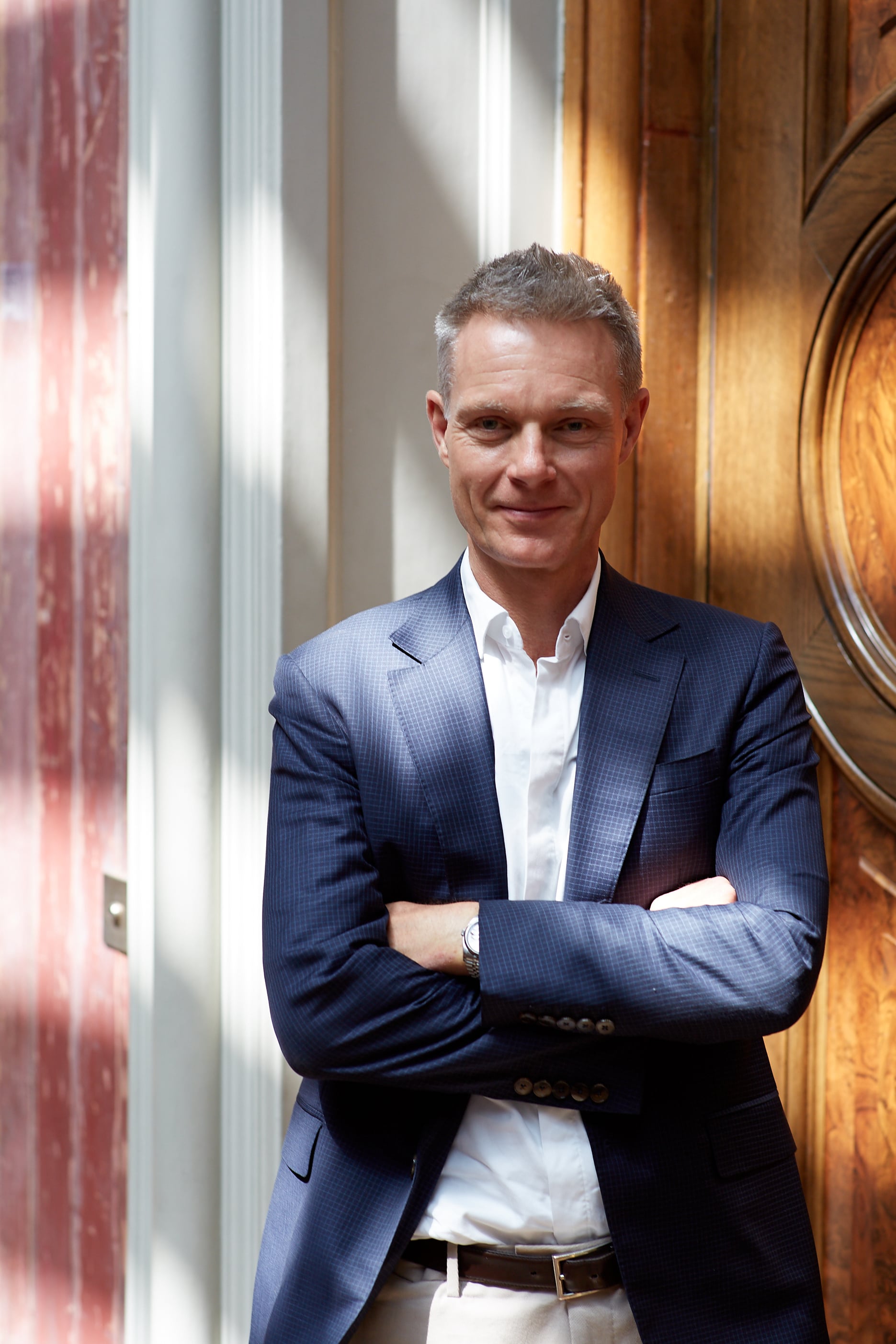 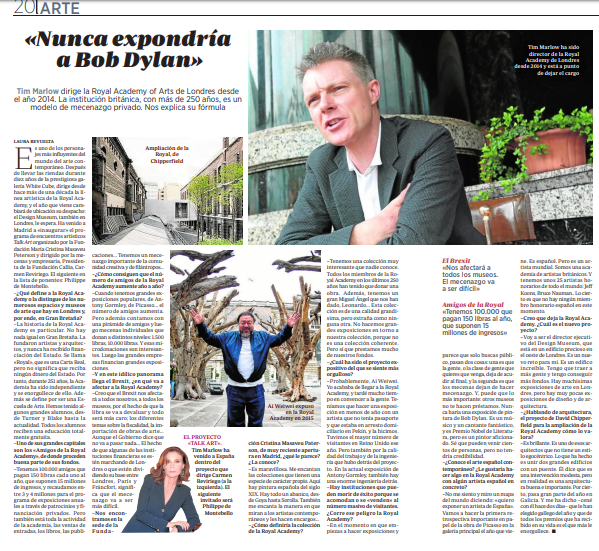